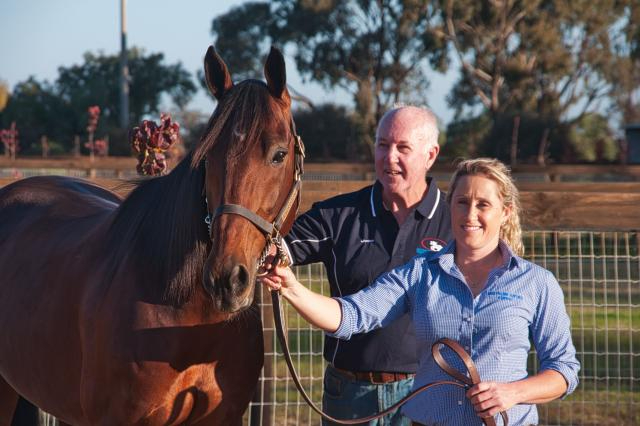 He has accepted the role of bloodstock consultant for the prominent northern Victorian breeding nursery and agistment property.

“We are extremely excited to welcome John to the team at Northern Rivers Equine. There is no one else in Australia with such knowledge and expertise when it comes to standardbred breeding and pedigrees and he is such a genuinely nice person to boot,” Dr Kath McIntosh, owner of Northern Rivers Equine, said.

“With John on board we are now able to offer the complete service to our clients.”

“We have a very strong stallion roster this year – three incredible stallions from Australian Broodmares of the Year in Poster Boy, Yankee Rockstar and Soho Tribeca, superstar sire American Ideal, superfast Mel Mara standing his second season, and the new speedster from North America, Lather Up. There is something for everyone!”

Coffey has been actively involved with harness racing since 1977. His first job was working in the Perth office of bloodstock company Coles Brothers (later Dalgety Bloodstock).

In 1982 he secured the dual role as manager of the Pinjarra Trotting Club and bloodstock advisor for leading Fremantle breeder-owner Roy Annear. It was through his association with Annear, one of Alabar Bloodstock’s leading clients, that led to him joining the staff of Alabar in 1986.

He served as general manager, studmaster and pedigree consultant at Alabar for more than three decades.

Coffey also conducted his own farm, Patrician Park, at North Dandalup (WA) where he stood the successful American imports Crouch and Mystical Prince.

Among the numerous top performers he bred have been Shattering Class, a prolific cups winner at Gloucester Park and winner of $810,302, 2YO Filly of the Year Nostra Villa (which he bred with son Brett and daughter-in-law Jo), the top juvenile Mister Jadore, the $200,000 earners Tommy Be Good and Nomore Forusir, and Lady Jadore, winner of this year’s WA 2YO Sales Classic.

Coffey is currently the president of the Australian Standardbred Breeders Association and customer relationship manager for Australian Pacing Gold and conducts breeding seminars throughout the country.

Coffey said he was looking forward to the new position.

“I have known and respected Kath and her husband Luke for at least the past eight or nine years.  When the opportunity presented itself and especially after Northern Rivers Equine signed up Soho Tribeca to their stallion roster, I was delighted to accept an offer of employment.

“Now that Poster Boy is joining the Northern Rivers stable of Stallions, it makes that decision even better.

“I have felt for a number of years that our leading Southern Hemisphere bred horses are every bit as good as most of the stallions that shuttle down from North America, so it is going to be an exciting time for our Industry to be able to help promote stallions such as Poster Boy, Soho Tribeca and Yankee Rockstar.”