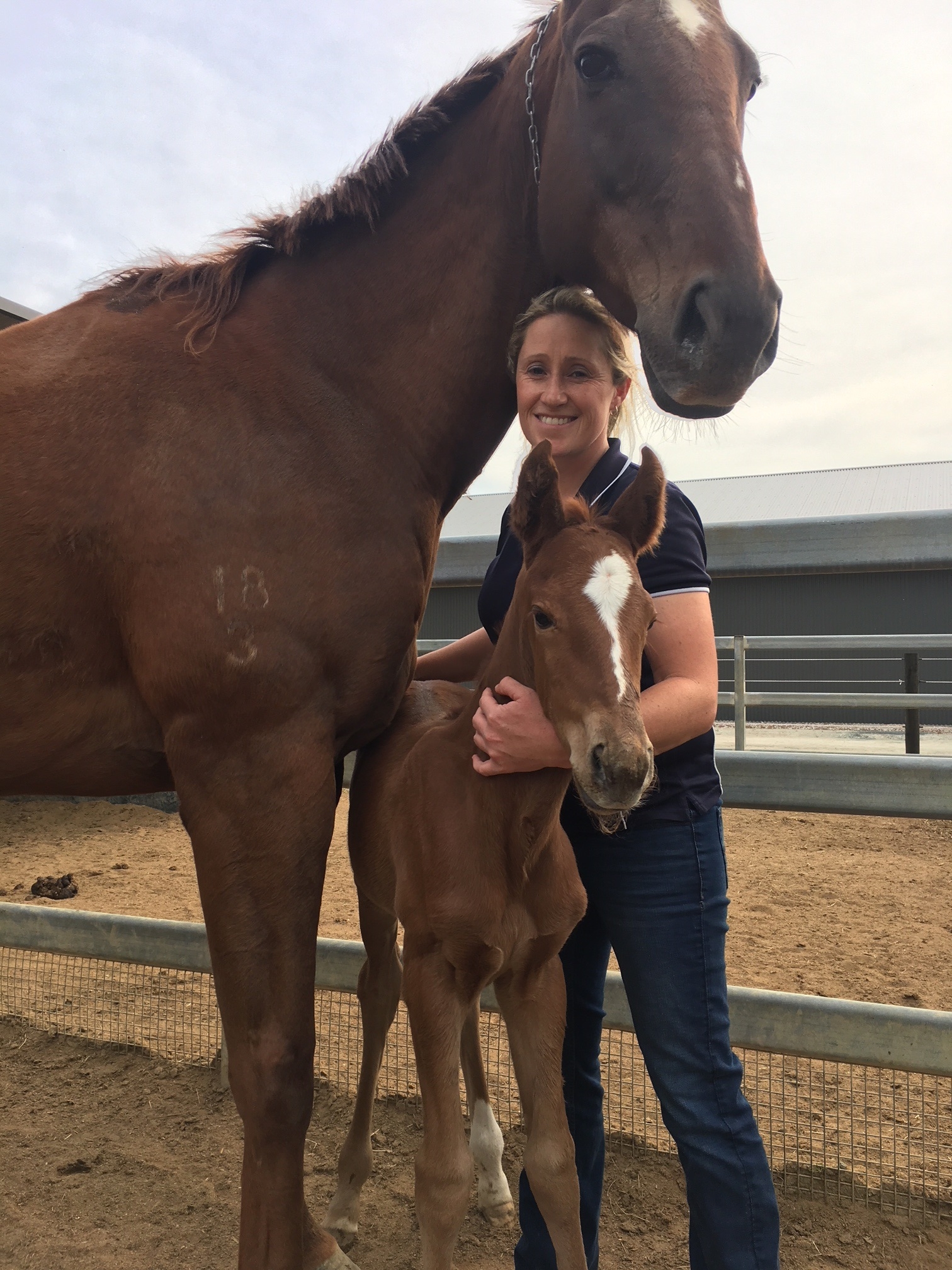 Originally from East Gippsland, Victoria, Kath graduated from the University of Sydney with first class Honours in 2005. Kath practiced in mixed practice for 3.5 years before establishing Northern Rivers Equine Vet Clinic (NREVC) in Kyabram. She completed the University of Sydney Post Graduate Foundation Equine Surgery course in 2008, was president of the Young Members Group of the Equine Veterinarians Association in 2007-2009 and attended the Jean-Marie Denoix Ultrasonography workshop in 2011 in Sydney and the advanced ultrasonography workshop in 2013 in Melbourne. She is an Academic Associate of the University of Melbourne and NREVC welcomes students from Melbourne University Veterinary Science degree on their rotations.

Kath has a keen interest in race horses and is very passionate about keeping your race horse sound and on the track racing to its best ability. She has also recently received her Harness Racing Trial Driver Licence and hopes to obtain her full racing licence soon. Kath has a genuine interest in the Harness Racing Industry and was also Assistant Manager under John Coffey at Alabar Bloodstock Australia from 2011-2013. She owns several race horses both thoroughbred and standardbred. Her other interests also include surgery, wound management, foal and stud medicine, ultrasonography and lameness evaluation.

Kath’s other interests include sport (participating in triathlons in her spare time), reading, movies and the beach and surf in summer.  Now with husband Luke, a lot of Kath's spare time is taken up with daughters Heidi and Georgia, as well as developing the 78 Gray Road farm & Equine Facility.

Kath lives by the motto that “Rome wasn’t built in a day……only because she wasn’t around back then!”

Ash is originally from the UK, but grew up in Hong Kong, moving to Melbourne in 2004 for university. He has been passionate about all animals from a young age, especially horses and began riding at the age of seven, around about the same time he decided to become a vet.

Ash moved to Australia for university and graduated from Monash University with a Bachelor of Arts and Science, with honours in equine dentistry in 2010. He went on to complete his veterinary studies at the University of Melbourne in 2014.

Outside of work, Ash enjoys archery, photography, reading, and the outdoors. He is also involved with endurance riding both as a vet and rider, and has a stock horse mare named Peggy. Ash also has a crossbred dog called Maverick. 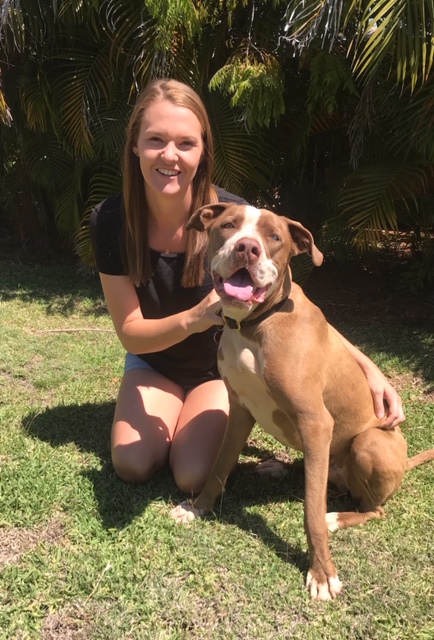 Megan grew up locally in Deniliquin, NSW after graduating from high school she completed her veterinary science degree at Charles Sturt university, Wagga Wagga in 2017. Whilst studying Megan always had an interest in equine medicine and so undertook equine placement in Norway and even worked at NREVC during her holidays. She then moved to Katherine in the Northern Territory where she has worked in the veterinary industry for the last two years. Whilst in the territory she has worked with a range of animals and undertaken remote aboriginal community visits. However she has been wanting to increase her exposure to equine reproduction and medicine. In Megan’s spare time she enjoys travelling and getting out and exploring new places. Megan is looking forward to experiencing the busy stud season and being closer to home! 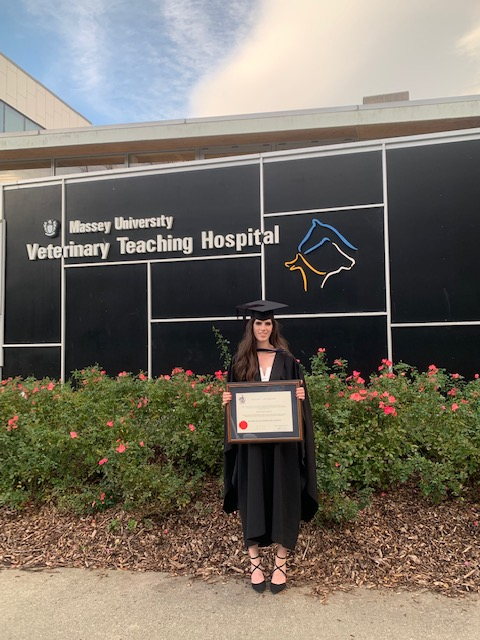 Alison grew up on a sheep and beef farm in Manitoba, Canada. From an early age, she was interested in horses. She started with a pony then moved onto Quarter Horses and was very involved in her local riding club. After graduating high school Alison moved to New Zealand to connect with her kiwi family and attend veterinary school at Massey University. During her time at vet school, she focused on the equine side of veterinary medicine and completed placements at equine hospitals both in New Zealand and Canada.

After completing exams, Alison accepted a job at Northern Rivers Equine. Alison is particularly interested in equine dentistry and preventative health care. In her spare time Alison is planning on exploring more of Australia and hoping to get back into riding.

Hollie joined the NREVC team in June 2015. Originally from Romsey in the Macedon Ranges, she moved to the area in 2013 with her partner and young family.

Hollie spent many years working for thoroughbred stud Eliza Park both with the horses and in the office. During this time she has gained vast experience in the veterinary and equine industry and in all aspects of office administration and management. Hollie is the go to person for staff and clients and looks forward to meeting and assisting clients with all matters.

Josh joined the NREVC team in February 2015. He is a local to Echuca and now has a small property in Lancaster where he lives with wife, Michelle and children Jayden and Lily.

Josh is certified in Equine Artificial Insemination and has completed a Certificate IV in Agriculture. He began working professionally with horses in the Stallion Managers Position at Alabar Farms.

Josh also has experience in the thoroughbred industry with Yearling Preparation and sales attendance with studs that have direct links to horses such as Kinston Town, Kingston Rule, Subzero, Black Caviar, and Pierro.

Josh’s passion for horses began at a much slower pace and now follows in his father’s footsteps showing and putting on demonstrations with Clydesdales including the Melbourne and Sydney Royal shows where he has had great success on the show arena. Josh is a former Committee person for the Victorian Working Draught Horse Assoc. and currently holds a position on the Commonwealth Clydesdale Horse Society’s committee.

Josh cares for all the horses at our 78 Gray Rd property like they are his own and takes much pride in the handling and education of the foals that present each year.

Sam joined the NREVC team in September 2016. She moved to the area from Canberra, to be closer to her family, and comes to us with horses in her blood. One of five children, her first childhood memories are of the Harness Racing horses her Mum and Dad trained and the whole family being involved. She followed in the family footsteps, starting mini trotting from an early age and even today her family are still involved in the Harness Racing Industry, with her sister and brother in-law training locally.

Sam also has extensive experience with the Thoroughbred Industry, working as a stable hand at Canberra’s Thoroughbred Park Racecourse whilst completing her High School education. Once out of school, she worked at Stanley Park, a Thoroughbred Pre-Training, Breaking and Agistment property before moving on to work on the Bengoran Polocrosse Stud where she spent her time educating, exercising and caring for the horses and competing on the weekends promoting the stud’s horses and representing her zone on many occasions. Prior to joining the team, Sam has more recently been working as a Farmhand on an Angus Cattle Stud in the Southern Highlands of NSW.

In Sam’s spare time, you'll find her out riding horses and competing in polocrosse as well as riding trackwork for her brother in law. She loves to cook, catch up with friends, loves spending time with her local family and travelling back to Canberra to spend time with her other family members when she can.

Renee grew up locally in Shepparton with horses always being a huge part of her life . She got her first horse when she was 14 and started working in the horse industry while still in school with a part time job at Princess Park Thoroughbred Farm.

Thoroughbreds have always been Renee's passion however she did spend a couple of years working for Australian Movie Livestock. While there Renee had the opportunity to work with a wide range of animals from dogs, cats, horses, sheep and even kangaroos, and also had the opportunity to work on the movie, 'The Cup' based on the racehorse Media Puzzle.

In her spare time Renee enjoys showing her welsh A gelding Nattai Anthem and riding her other two horses Phoenix and Dixie, and hiking with her three dogs.